Belu are celebrating a landmark achievement this World Water Day (22nd March 2015) as they announce reaching £1 million in donations to WaterAid – five years ahead of schedule. So far an astonishing £1,008,303 has been raised, which will transform the lives of 69,720 by giving them access to clean water.

Karen Lynch, Belu Water CEO, released a short video to thank everyone who's helped and supported Belu.
Zepbrook—who began supplying Belu Water a few years prior to Belu's partnership with WaterAid in 2011—are immensely proud to have been a part of this landmark achievement, yet it took just one small gesture to really put this into perspective... Zepbrook recently received a letter from Tilanesh Teshome, an Ethiopian local; with the help of an aid worker to translate...
"We were incredibly humbled by the letter and would like to thank all of our customers who've chosen Belu products and helped us contribute towards such a great cause. If you don't already order Belu Water for your office, now's your chance to make a real difference to the lives of thousands who're most in need of help, by switching supplier to Zepbrook" 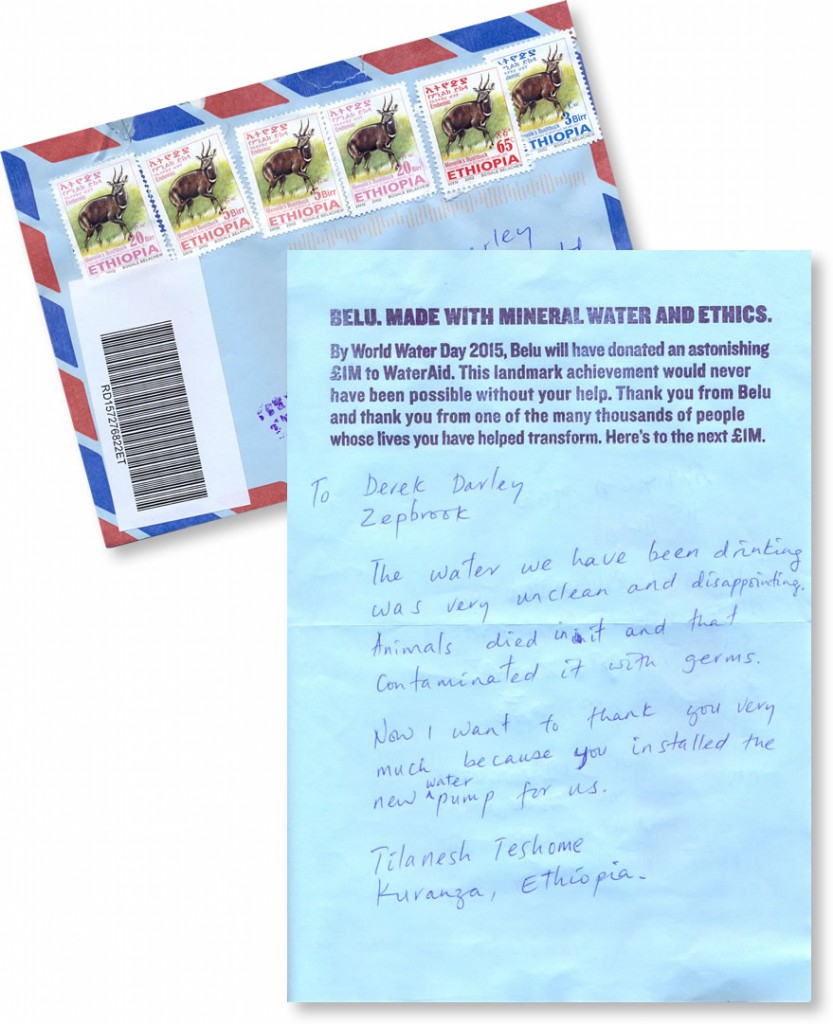 Zepbrook are the exclusive supplier of standard size (18.9l) Belu Water Cooler Bottles, so you won't find them anywhere else – and at just £6.09 each, they cost less than you might expect.

These 18.9L cooler bottles fit all standard coolers, making switching to ethical water – and doing your bit for the environment and WaterAid – as easy and simple as possible.
Get in touch with Zepbrook to find out more!