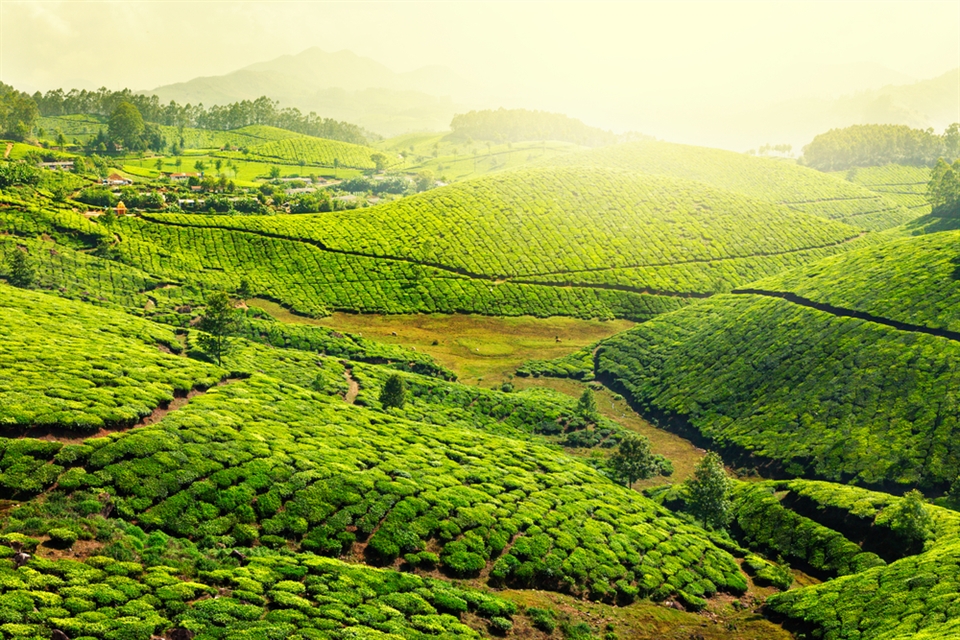 Our Favourite Jacksons of Piccadilly Teas

Jacksons of Piccadilly: a brand synonymous with finest quality Fairtrade teas and one which we’re extremely proud to stock. Here, we find out a little more about one of London’s most prestigious and long-established tea purveyors, and take a closer look at three of its best-selling blends.

The history of Jacksons

Jacksons of Piccadilly began life during the early 19th Century, under the auspices of Robert Jackson. The family was involved in a wide range of trades, but it was Robert’s tea warehouse in London that became the centre of the most significant arm of the business.
By 1815, Jacksons had earned itself a prestigious reputation for selling pre-blended teas direct to customers – something that was largely unheard of at the time, as it was common for people to blend different teas themselves at home.
Throughout the 19th Century, the Jackson trade empire expanded, and the family was known to provide some of the finest goods, from groceries and tobacco to confectionary and, of course, tea. As grocers, the company received a collection of Royal Warrants and became an internationally recognised retailer.
Eventually, from around 1967, tea became such an important part of the Jackson business that it became the brand’s sole focus. Still to this day, Jacksons of Piccadilly teas are exported to more than 35 different countries across the world.

Nowadays, Jacksons of Piccadilly is recognised as the first superior tea merchant to offer Fairtrade products across its entire range. The fine selections of herbal, fruit, sencha green teas, and premium traditional teas, such as Assam and Earl Grey, are all certified by the Fairtrade Foundation. With Jacksons, there is no need to compromise on ethics or taste.
As an historic London brand, Jacksons has long been popular with the discerning taste buds of tea drinkers. Three of our favourite blends from the Jacksons range are: 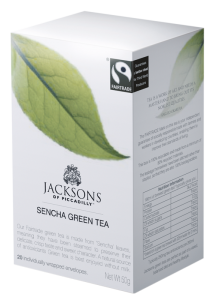 Particularly popular in Japan, sencha green tea gets its distinctively smooth taste as a result of the tea production process particular to this type of tea. The bud and top two leaves of the Camellia Sinensis plant are handpicked in spring, before being gently rolled (as opposed to pan-fired as with Chinese green tea). The leaves are then rolled, shaped and dried, giving it its customary shape and crisp taste. Pale in colour, sencha green tea is drunk without milk and is full of natural antioxidants.
If your colleagues are looking for a truly distinctive green tea, treat them to Jacksons Sencha Green Tea. 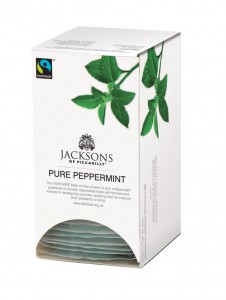 Made from 100% Fairtrade peppermint leaves, this caffeine-free tea offers a fresh minty taste. For most people, brewing one bag per person for between two and three minutes creates the perfect cup. However, if you prefer a slightly stronger taste, simply leave the bag in a little longer. Ideal for an invigorating tea break after a long meeting or after a large working lunch, this tea offers reputed health benefits, such as relief from stomach pain and aiding digestion.
For staff looking for a caffeine-free alternative to their normal hot drink of choice, try Pure Peppermint Tea.

Fans of fruit teas won’t be disappointed by this sweet and fruity blend. Refreshing and naturally caffeine free, this berry infusion boasts a strong flavour and also contains hibiscus, rooibos and camomile leaves. Enjoyable at any time of day, this revitalising tea tastes best if left to brew for between three and five minutes before removing the bag.
Try Jacksons Cranberry, Raspberry & Blueberry Tea if your office is looking for a fruit tea that offers a real burst of flavour.
Interested in other brands of Fairtrade tea for your business or office? Take a look at our full range here.